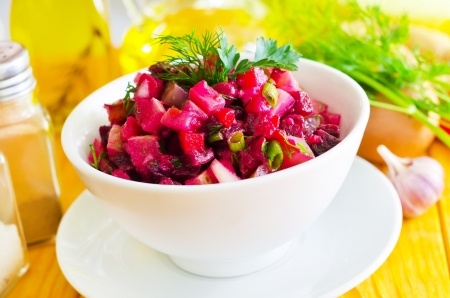 You Can’t “Beet” This Food for Race Performance

If I had to narrow it down to one or two category of foods where I have seen the most benefit for runners (there are soooo many amazing real foods so it’s hard to have a favorite) I would have to go with what would be considered the “red” category. No, I don’t mean red licorice and red wine, although wouldn’t that be awesome?? I’m talking about earthy foods that have been shown in numerous studies to benefit athletes. Speaking of earthy, and tasting like dirt, beets are one of my favorite go-to’s (if that description didn’t sell you on eating beets I don’t know what will) as they have been proven to be beneficial to athletes in at least one study by experiencing a power boost of 6%. While that may seem like a small amount it, a 6% improvement for many of us could mean a new PR.  You can read up more on beet studies here. You can also prepare them so they actually taste good, roasting them with some olive oil and salt is one easy way, throwing a roasted or boiled beet in your smoothie is another good way, or putting them in a salad, like this beet salad recipe is also a fun way to incorporate more beets in your diet. If you just aren’t sold on the flavor of beets, you can use beet boost (a blend of beets and cherries) instead, as I do when crunched for time, and simply add them to a smoothie or stir in some water.

Other red plant based foods (like tomatoes) are usually that way from the pigment lycopene. As a runner it is important for our blood vessels to relax and dilate and in a study on lycopene those who had taken 7 mg of lycopene for two months saw 53% better blood vessel dilation compared to the placebo group (3). Red plant based foods are also a source of flavonoids which help reduce inflammation.  Lycopene is a powerful antioxidant that has also been associated with a reduced risk of some cancers, including prostate cancer, and protection against heart attacks. So go out, eat some dirt, errr, beets, or some savory tomato sauce and keep us posted on how it works for you.