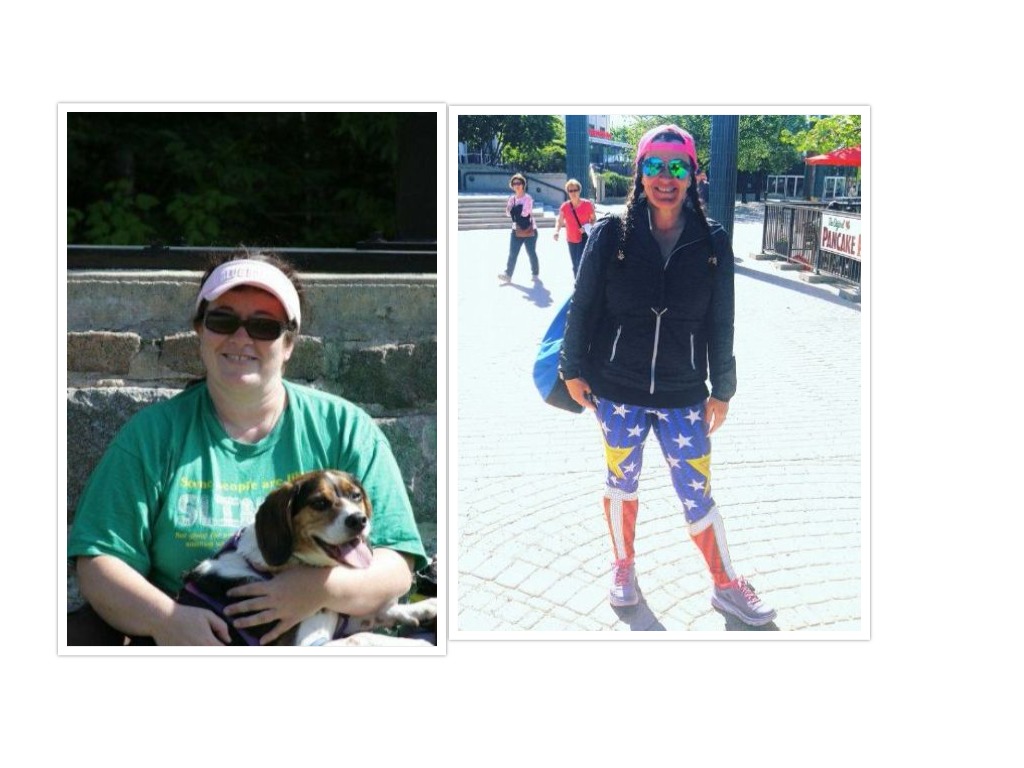 Putting in the Work-Coral’s Story

If you’ve lost motivation for your January resolutions, or are feeling like you’re in a bit of a training slump, let this story inspire you and get you back on track. I hope this gives you the motivation to get going again, but more importantly lights a fire in you that is fed with determination and discipline. We don’t improve and make progress by doing things we feel like doing, we improve by making a plan and sticking to it, ESPECIALLY when we don’t feel like doing whatever that is. I had the honor and privilege of working with Coral on her nutrition, she is an inspiration and proof that if you are willing to put in the work, anything is possible!!

I was over 300 pounds when I first started to run, I was actually told I was too fat to run by health care professionals but I did it anyways. I don’t know exactly how much I weigh now because I don’t own a scale and tend to only weigh in 3 maybe 4 times a year so i don’t become obsessed with a number (atta girl Coral!, So many other things to focus on other than weight like quality of sleep, quality of workout sessions/training cycles, how your clothes fit, energy levels, etc., weight is just one of many metrics to look at).

It’s safe to say that in total I’ve lost over 120 pounds since I decided to change my lifestyle. When I started working with Rachel I was able to lose those last 20-30 lbs, which are harder to shake than the initial weight loss when there is more room for improvement. More specifically I went down 2 sizes (lbs are tricky because I also gained a lot of muscle mass during my training for LER100).

Back in the 300+lbs days I didn’t do much other than watch movies and tv. Now I run, ski, snowshoe, hike and basically look for every opportunity to play outside. Last year I ran my first 100 miler after 3 previous DNF’s, proving that if you want something bad enough you keep fighting for it.

A big part of that success was keeping on top of my nutrition. You really can’t outrun a bad diet when you tackle endurance racing.

I started running almost 8 years ago. If you’d told me even just 4 years ago that I would have over a dozen ultra marathons under my belt I would have called you crazy because clearly you’ve lost your mind. I’ve run half marathons in -47’C (-53 F), I’ve run ultras in +40’C (104 F). My rule in life is if I ever think there’s NO way I would ever do that I kind of have to add it to my list.

Getting healthy by choosing the right foods has helped me not only with my physical performance but also my depression and anxiety.

In short I’ve lost a ton of weight and my health has improved dramatically. I can chase my nephews around a playground and not be winded, when chasing them around a pool table in the old days would exhaust me. It wasn’t a fast process though, nor did I make a drastic change when I started. It wasn’t about cutting out everything bad, but more what could I add to my diet that would be good for me in the beginning. Baby steps.

Nothing is ever impossible if you’re willing to work for it. My “before” pictures are proof enough of that. Now I work with people who are learning to run, just starting their journeys and it’s beyond rewarding.